Ernest Leviny was born in 1818 at Szepes-Szombat, a small town in northern Hungary near the Tatra Mountains (also earlier known as Georgenberg, now Spisska Sobota located in Slovakia). He was an ethnic Hungarian but a citizen of the Austrian Empire who ruled at the time. Leviny served his silversmithing apprenticeship in Budapest before travelling through Europe as a ‘journeyman’ to improve his skills between 1840 and 1843, eventually settling in Paris. In 1846 he arrived in London and commenced business with Frederick Bööcke as manufacturing jewellers and goldsmiths.

The Hungarian war of independence from Austria was fought during 1848-1849. After the capitulation of the revolutionaries, many Hungarian compatriots sought refuge in London where Leviny befriended and assisted them.

After the discovery of gold in the Australian colonies, Leviny dissolved the business partnership and set sail for Australia in 1852. He brought with him machinery for gold digging, as well as four hired labourers, who were to desert him soon after arrival in February 1853. Leviny travelled to the Forest Creek diggings at Mount Alexander (now Castlemaine) where he tried his hand at goldmining for a time.

By 1854 Leviny had established the first jewellers and watchmakers business in Castlemaine, employing three workers. Between 1855 and 1860 Leviny created two major decorative works: the Gold Inkstand on a red gum base; and the Silver Standing Cup Centrepiece. These works were written about and awarded numerous distinctions and medals in various colonial exhibitions, including the London International Exhibition of 1862.

Two items made by Leviny are held in the collection at the National Gallery of Victoria: the Silver Standing Cup with Cover c1859 (or Saint Cup), and a Gold Bracelet with inset garnet and diamonds c1860.

After ceasing business in 1863 Leviny purchased the brick residence, Delhi Villa, built on a hill at the north end of the township, later renaming it Buda (after Budapest in Hungary). In December 1864 he married Bertha Hudson (from Launceston, Tasmanian) and together they had ten children, eight of whom lived to adulthood. Leviny died in 1905 purported to be the wealthiest gentleman in Castlemaine at that time.

As a pioneer and successful businessman on the early goldfields of Victoria, Leviny was committed to helping build a strong and prosperous community in Castlemaine, through participation in establishing local organisations, and his generosity donating to local institutions and causes. He had many friends and admirers and was a valued and respected citizen of the town, a legacy maintained with the next generation of the Leviny family who continued to reside at Buda into the late twentieth century.

On visiting the old family home built on a hill in the early 1960s, Dr Egon Kunz remarked that the house had a wide courtyard reminiscent of old Hungarian country houses and sported not only the typically green Hungarian shutters on its windows, but the wistful name ‘BUDA’ on the gate.

Ernest Leviny: An armchair talk on the life and times of Ernest Leviny by Buda Curator Lauretta Zilles 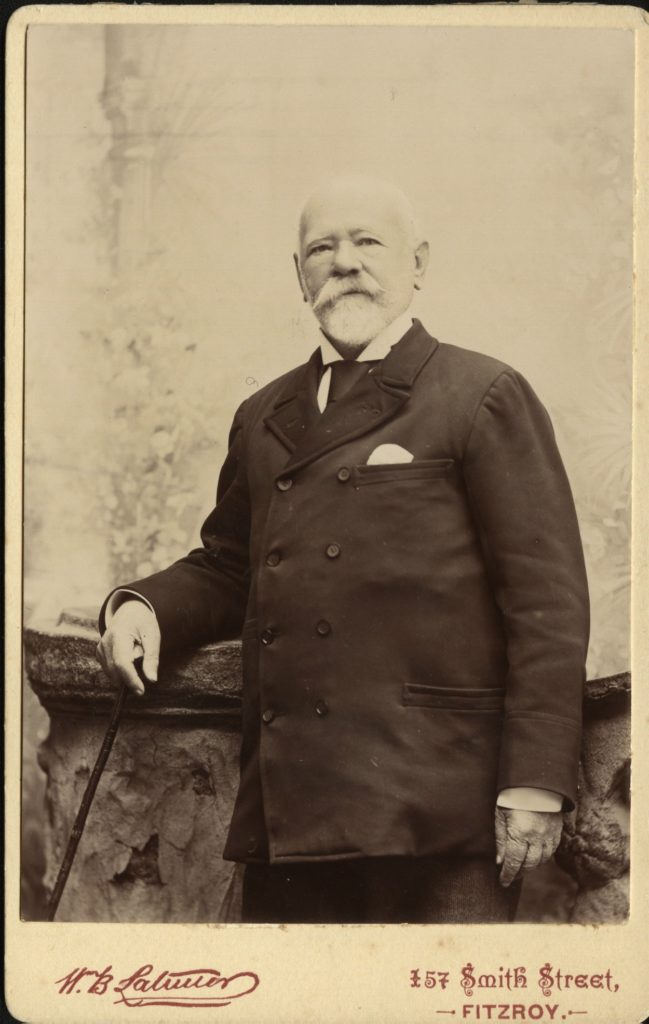