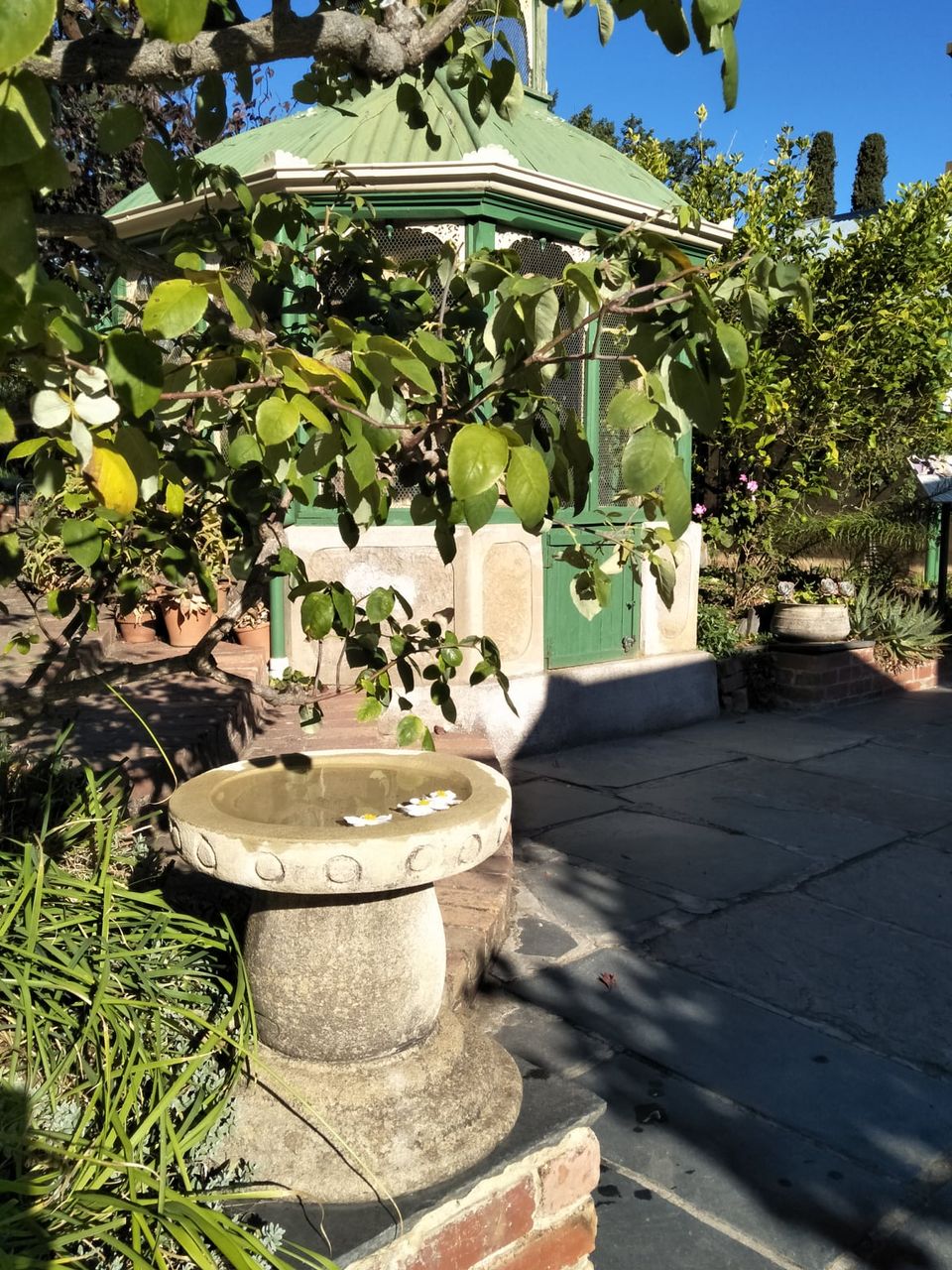 Posted at 00:14h in News from Buda by VivHamilton
Very happy to have our unique birdbath back in the courtyard at Buda after recent conservation work to repair major cracks and damage to the bowl. Big thanks to John Bruno from Rendercorp for carrying out this work and the donor who gave generously in 2020 to make it all happen.
The birdbath was spotted by Professor Harriet Edquist (former Director, RMIT University Design Archives) on a visit to Buda around ten years ago when she was undertaking research on Melbourne textiles designer, Michael O’Connell – who is represented in Buda’s collection. Harriet believed it to be one of O’Connell’s cast concrete gardenware designs from the 1920s-30s.
On further investigation last year, we discovered the inscriptions ‘K. Miller 1937’ on the underside of the bowl confirming it to be by Kathleen Miller, who was taught the concrete technique by O’Connell, and continued to produce decorative gardenware items after O’Connell left Melbourne in 1937.
Miller, the sister of writer and gallery director Harry Tatlock Miller, exhibited gardenware pots etc. alongside O’Connell in the 1927 Arts and Crafts Society Exhibition in Melbourne, and more than likely other shows during that period.
The Leviny daughters of Buda Castlemaine made frequent visits to Melbourne art exhibitions including the Arts and Crafts Society shows. It is very likely that this piece was purchased from one such exhibition.
It is lovely to have it restored and functional once again: yet another part of the unique, intact collection of items at Buda made by Australian artists and craftworkers from the early twentieth century.
Source: Michael O’Connell – The Lost Modernist by Harriet Edquist (Published by Melbourne Books 2011) 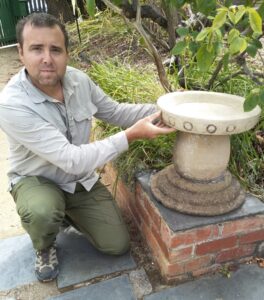